By VG - January 29, 2009
This post is for Marion in Savannah, who has been a faithful reader and commenter from the get go.

So, Marion, you wanted more pictures of Tootsie? Here they are. But, trying to photograph a cat is, well, like herding cats. You know.

Tootsie loves her new feather toy. I brought the feather toy home, and she went nuts. It was near bedtime, and I hid it under the bed. She is really a good cat. Even though sometimes she may have run out of food in the early hours she doesn't get into the food bag. But, oh my, this feather toy was a totally different thing. So, in the early hours of first day of feather toy, I hear leaping about, scratching, and I feel energetic thumping all over the bed. I tried to ignore the situation. But, I finally gave in, and opened my eyes long enough to see that she had found the feather toy, and dragged it onto the bed. 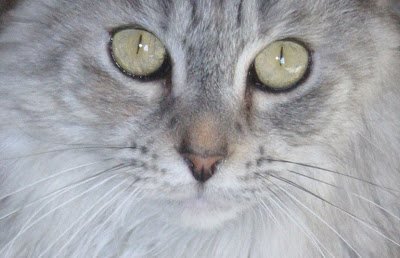 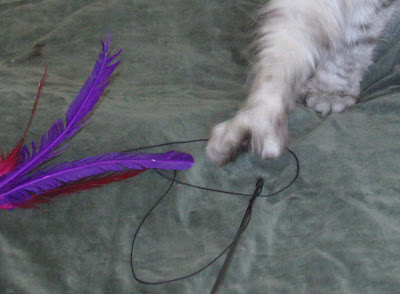 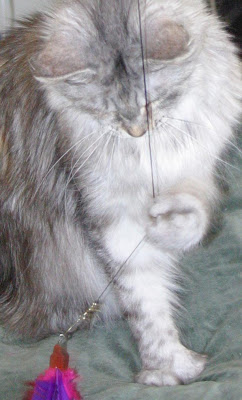 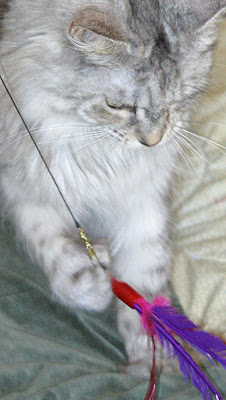 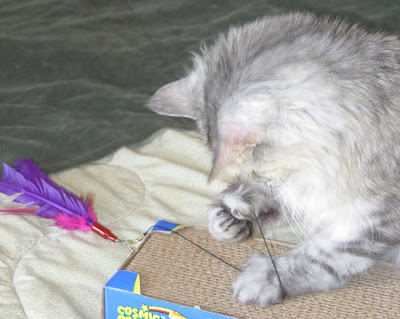 By the way, Tootsie is polydactyl. She has an extra "toe" on both front paws- in the "thumb" position. As you can see from the photos, she uses these to grab things- and, oh my, is she ever talented in grabbing the feather toy and all its parts! And, those paws hold on tight. Thank goodness there are no mice about. If there were, I suspect I would be treated to nightly presents.